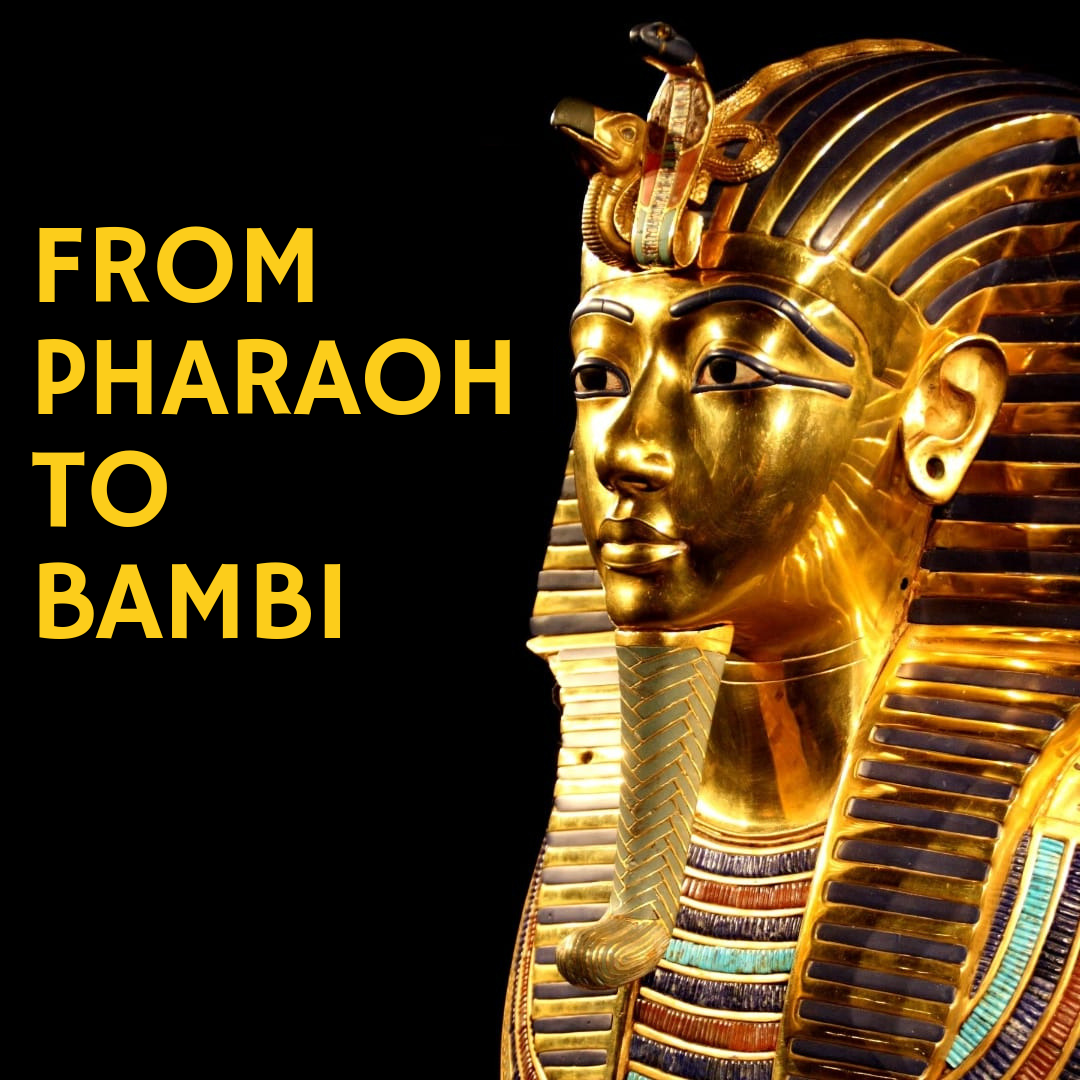 Remember Bambi? I do. It was actually quite traumatic as a child to watch the scene in the Disney film where baby Bambi and his mother flee the hunters and sprint to the safety of the forest's cover. As Bambi, out of breath, reaches the forest's edge he excitedly exclaims, "We made it! We made it Mother!". However, after a deafening moment of silence, he realizes his mother is no longer behind him and tentatively edges out from his shelter to call out in the most piteous of voices, "Mother? Mother, where are you?".
Heartbreaking!

That heart wrenching feeling is exactly what a Judge in Missouri is betting on. Lawrence County Judge Robert George ordered David Berry, Jr. to watch the Bambi film repeatedly during his one year jail sentence. What was his crime? David and three of his family members have been poaching hundreds of deer for their horns and heads, leaving the bodies to rot and waste away. Judge George hopes that perhaps by visualizing the outcome of his actions through the eyes of the baby deer whose parent is killed by hunters, there will be some effect on the cruel poacher's heart.
One of the questions that jumps out at us when we ponder the story of the Jewish people's exodus from Egypt is what the whole point of the process of their escape actually was? God could have easily forced the Egyptians to let the Jews leave by freezing them in their place, rendering them immobile as the Jews simply walked out. In fact that is what eventually happened anyway during the plague of darkness. What then was the point of the many plagues with all their varied outcomes?

The answer is hidden in the following Pasuk:

When a person sees something it makes an indelible impression in their minds. To undo the effect of that impression would at times require the  person to do the exact opposite of the initial action. If someone were to show you an element of disrespect, say by calling you a derogatory name, the offender would then need to show you respect in order to erase the impression of the offensive feeling. You would not feel any less disrespected if the offender just stopped calling you by the offensive name. The offender would need to approach you and explain that they actually held you in higher regard than what they had said, and perhaps even share with you why they had said that in the first place for you to no longer feel disrespected.

A visual expression of this idea would be if you fold down the corner of a piece of paper. Simply unfolding the corner won't stop it from popping up again. For the corner to lay flat, you would need to reverse the fold to the other side. Once you go to the opposite extreme, it settles back in the middle. David Berry, Jr.'s repeated exposure to the pain of poor Bambi might just penetrate his heart enough to make it kinder, or at the very least not as cruel.

The Jews came to Egypt as a people with a distinct faith in God. Living in Egypt for so long under the subjection of a king and nation who haughtily said, "Who is Hashem that I should listen to his voice?", had a deep and detrimental impact on the Jewish people's faith. They had seen the denial of God. The road back to the way they were before they were beaten, bruised and broken required that they see firsthand that even the people who had convinced them to abandon their faith recognized that Hashem was King over each and every part of creation. The air, water, heavens, earth, light, dark, animals, insects, reptiles and bacteria were ALL under His command. He even controlled the weather. Only when the Egyptian taskmasters knew that Hashem was King, could the Jews truly know it as well. Otherwise, Hashem might have succeeded at taking the Jews out of Egypt, but He would have failed to take Egypt out of the Jews.

Sometimes I think about this idea and it makes me wonder whether there are people out in the world to whom we have been cruel or mean. People who may have felt hurt because we ignored them or disrespected them. If so, simply saying sorry may not be enough to correct the hurt. To truly erase those thoughts, feelings and emotions, we need to flip 180 degrees in the opposite direction and show them love, admiration, and respect. Perhaps then they will find it in their newly healed hearts to offer the forgiveness we seek.