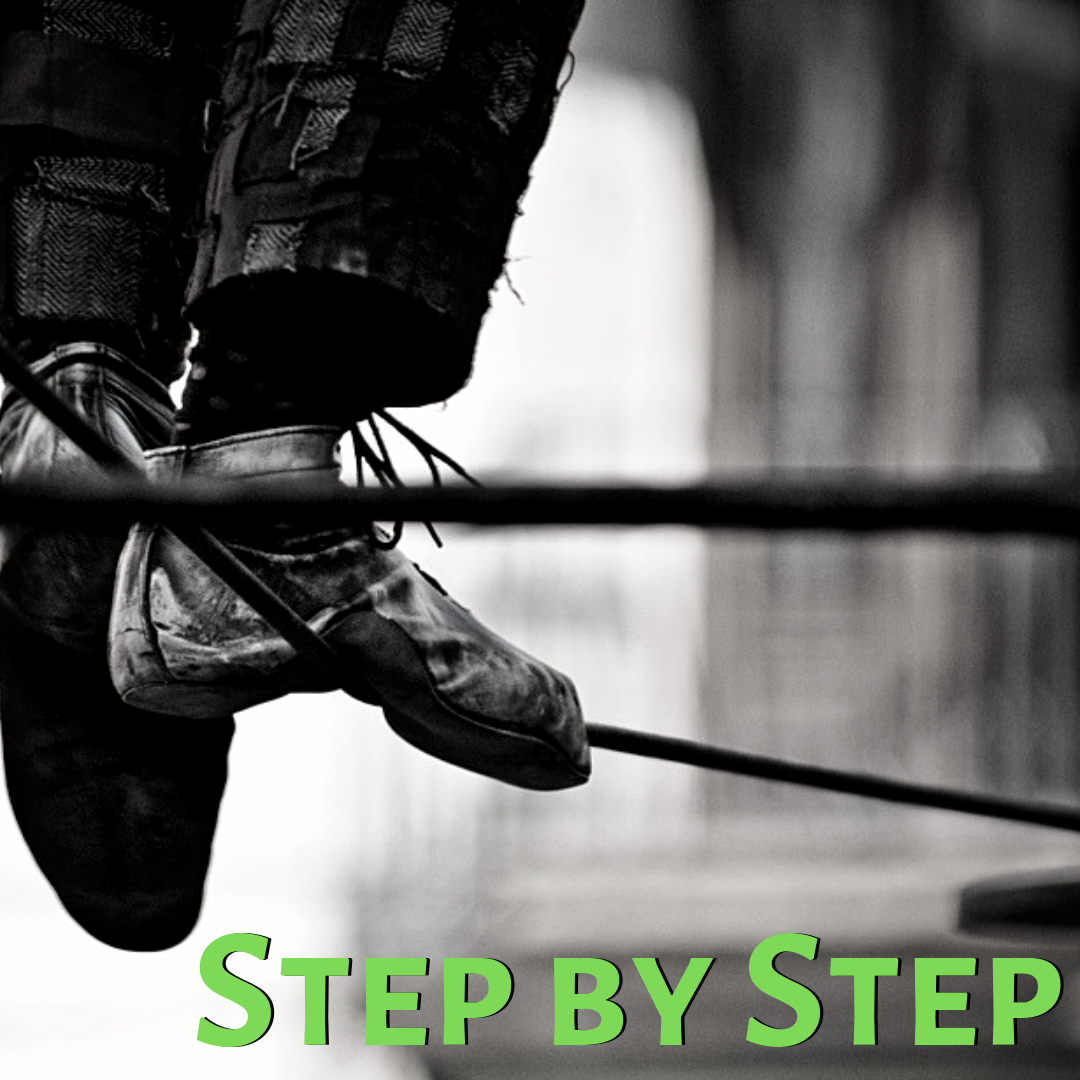 What a great word. It means tightrope walking. Leaders, parents, influencers of all types and stripes are those who see the wire, even when it's not so clearly visible.

The Torah tells us that Moshe returns from on high and something is different. He doesn't know it yet, but his face is shining like the sun from speaking with Hashem. The Jewish people see the blinding countenance of their leader, ablaze with holiness and light, and they are afraid.

Did you notice it? The cover might have helped, if only he would have timed it right! He should have put it on while speaking to them when they were afraid of the light, not after speaking to them! In fact, it is hard to understand what this cover, or mask, actually achieved at all. After all, he didn't wear it when he spoke to God, and he clearly didn't wear it when he spoke to the people either. What exactly did covering his face when he wasn't speaking to anyone accomplish?

The 13th-century commentator, the Chizkuni, explains that when Bnei Yisrael saw Moshe's luminous countenance they did not know if he was a Malach or some other celestial being. That was why they were afraid. It was only when Moshe called out to them and they recognized his unmistakable voice that they approached. So why bother with the cover at all?

I think there is something else entirely going on here.

When Moshe left to go get the Torah for the Jews, he left as one of them. Granted he was on a much higher level than they were, nonetheless, he was still someone that they could relate to. Once he left there was a vacuum. The Jewish people's greatest fear at this time was being lost and left without a guide to fend for themselves in the desert. That panicked anxiety is what made them sin with the Golden Calf in the first place. "Make us a god to lead us; for this man Moshe, who led us from the land of Egypt-we do not know what has happened to him". They desperately needed a leader. Remember, this is a people who have been taking orders for over 200 years! They made a terrible mistake because Moshe returned.

With that sin behind them, they were faced with a terrible truth. The leader they thought was lost to them was back. However, seeing the great light shining on his face, they feared that he was now someone so holy, so distant from them and their problems, so perfect and heavenly focussed, that he had become unapproachable back here on earth. An angel. They worried that for all intents and purposes they were still rudderless. In the end, there is no difference between an absent leader and an unapproachable one.

They were afraid, until Moshe spoke. Once they heard his voice again, as it rang out from behind the light, its warmth and familiarity made them realize it was still Moshe. After all, how could he be perfect if he still spoke with that speech impediment? They recognized the voice of their leader as the same one who had spoken to them words of encouragement and hope. The one who had first whispered the words of freedom to them in their most difficult time.
Reassured, they stepped forward.

However, Moshe also sees the impact his light is having on Bnei Yisrael, in that it created a sense of respect and awe. Ktav Vhakabalah explains that Moshe realized that sense of awe was something to be used to their benefit. While it is true that the leader needs to be relatable and approachable, being overly familiar with those you are trying to inspire and lead doesn't work either! Why should they listen to you if you've convinced them that you are just like them?

We used to have a quote that we used in our educational organization in England that said, "The goal for a role model is not for them say 'Wow, he's just like me!'. The goal is for them to say 'Wow, I'd love to be more like him!'."

So whenever Moshe was teaching Bnei Yisrael he let his greatness shine forth, letting them bask in the awe of his dizzying levels of wisdom, sanctity, and spirituality. Through this, they recognized his elevated status and what he had to offer them. After that teaching moment was done, he put it away.
Greatness shown 24/7 has a way of becoming taken for granted. As humans, we can get used to ANYTHING. Holding that pole weighted on both sides, with each of those strengths firmly in hand, provides the best way forward. As parents, this balance is all the more difficult as our desire to be liked by our children battles against our mission to be respected so that we may guide them. Having our eyes fixed on the destination often helps us realize when we are leaning too much to one side or the other.