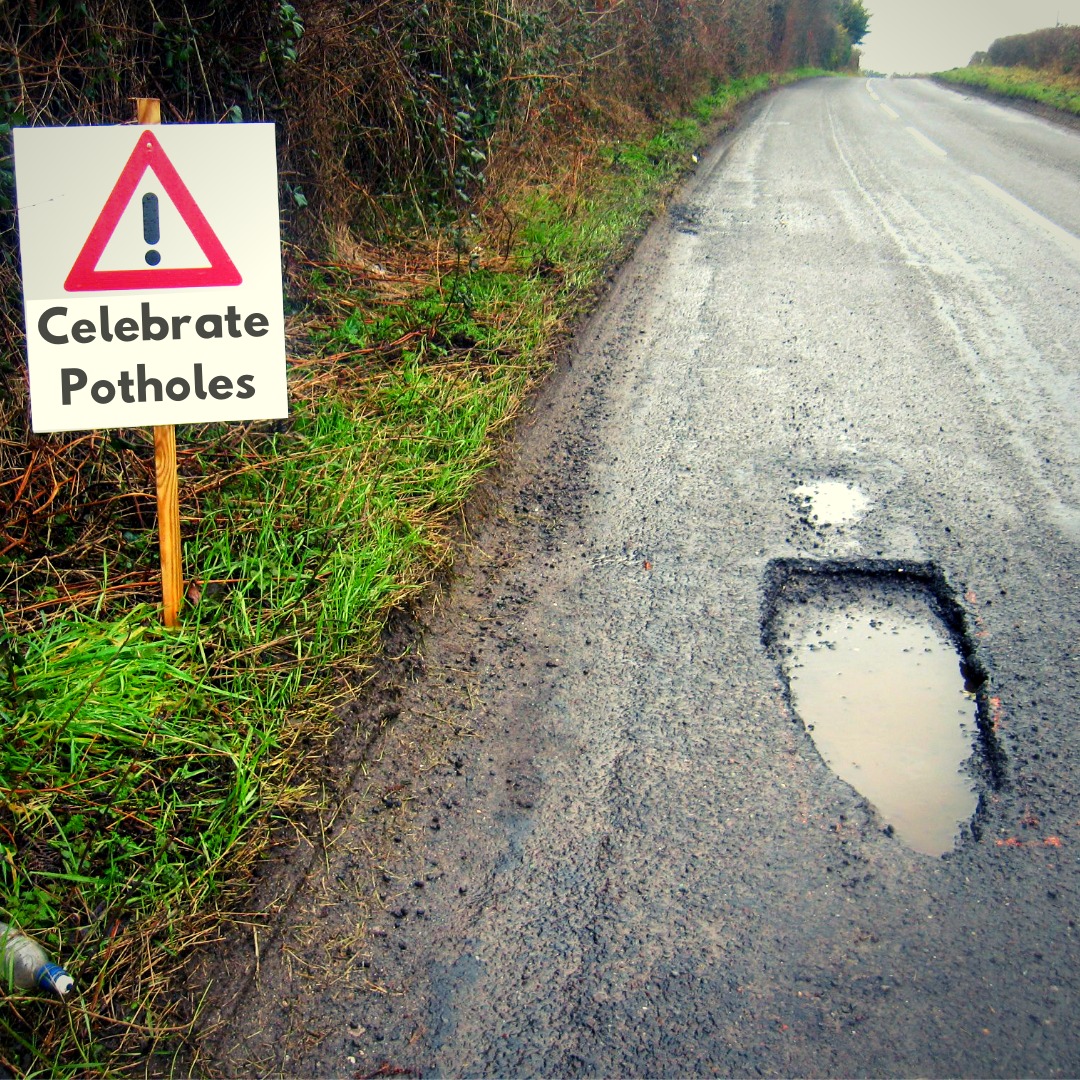 Omaha, Nebraska has a pothole problem.
And a pothole blessing.

I read this story and was amazed. An ambulance was flying down the streets of Gretna, outside of Omaha, en route to Lakeside Hospital. The patient's heart rate was worryingly high. That was until they hit pothole number 13,001. Suddenly his heart rate plummeted back down to normal.

Apparently, patients who suffer from super ventricular tachycardia develop an accelerated heart rate. It can be caused by a defective electrical system in the heart, medication, or stimulants. And sometimes, if the patient gets jolted or shocked, it can reset the heart to its normal rate.

The truth is actually stranger than fiction. It is not just the unlikelihood of the occurrence that struck me, it was the perception. Potholes are nearly universally hated. I would guess that is because, in almost all other examples of a human interacting with a pothole, it does not play the role of a lifesaving doctor. And yet the story gave me pause.

How many potholes are plotholes? How many times are we jolted in life only to realize that we, just like our unlikely patient from Omaha, needed a jolt to the system to slow down, for our hearts to beat the tiniest bit slower, and recognize that our lives should be calmer, richer or more meaningfully thought out?

We are asked by Hashem to "Be holy, for I am holy". Hashem is asking us to be like Him! Isn't that way out of our league? It is more ludicrous than the equivalent of asking a child to amass wealth, like Jeff Bezos. "Be wealthy, for Jeff Bezos is wealthy." Maybe start by asking the kid to sell lemonade and make a couple of bucks like your neighbor's kid!

The Torah is communicating a deep truth. Hashem's holiness is the maximum that it can be. He couldn't be more holy. He IS the literal definition of Holy. We have the the same possibility in front of us, to strive towards, and actually achieve in our lives, the maximum our potential allows and to reach our own peaks in every sphere of life. So why do we consistently strive for vanilla?

The answer might shock you. It's usually not because it's too hard, or because we are lazy. It's usually because we lose focus. Once we get into a routine, our brains take over and automate as much of the process as possible to free up space to think about other things. So when we travel down the roads of life we are often, quiet literally, on autopilot. We think we are making decisions today, when in actuality we are just playing out a decision we made a long time ago, one we may have made when we were younger, less mature, less courageous. We may have decided to close a door back then that really should be opened now. But how will that ever happen if we're not even thinking about that door?

Like a record player, the needle bounces up and falls back down on a previous groove, and the music of yesterday plays again. It sounds familiar but still different. Familiar, because we've heard it already, but different, because we are different.

Hashem is telling each of us, You can be great, different, holy, better, to a level you are unaware you can even reach, "because I am holy", and the two of us are connected. I promise, I will not let you forget that connection. I will send you messages, good ones, encouraging ones and if necessary, potholes, so you can wake up again, heart pumping anew and strive to be, like Me, the absolute best you can be.