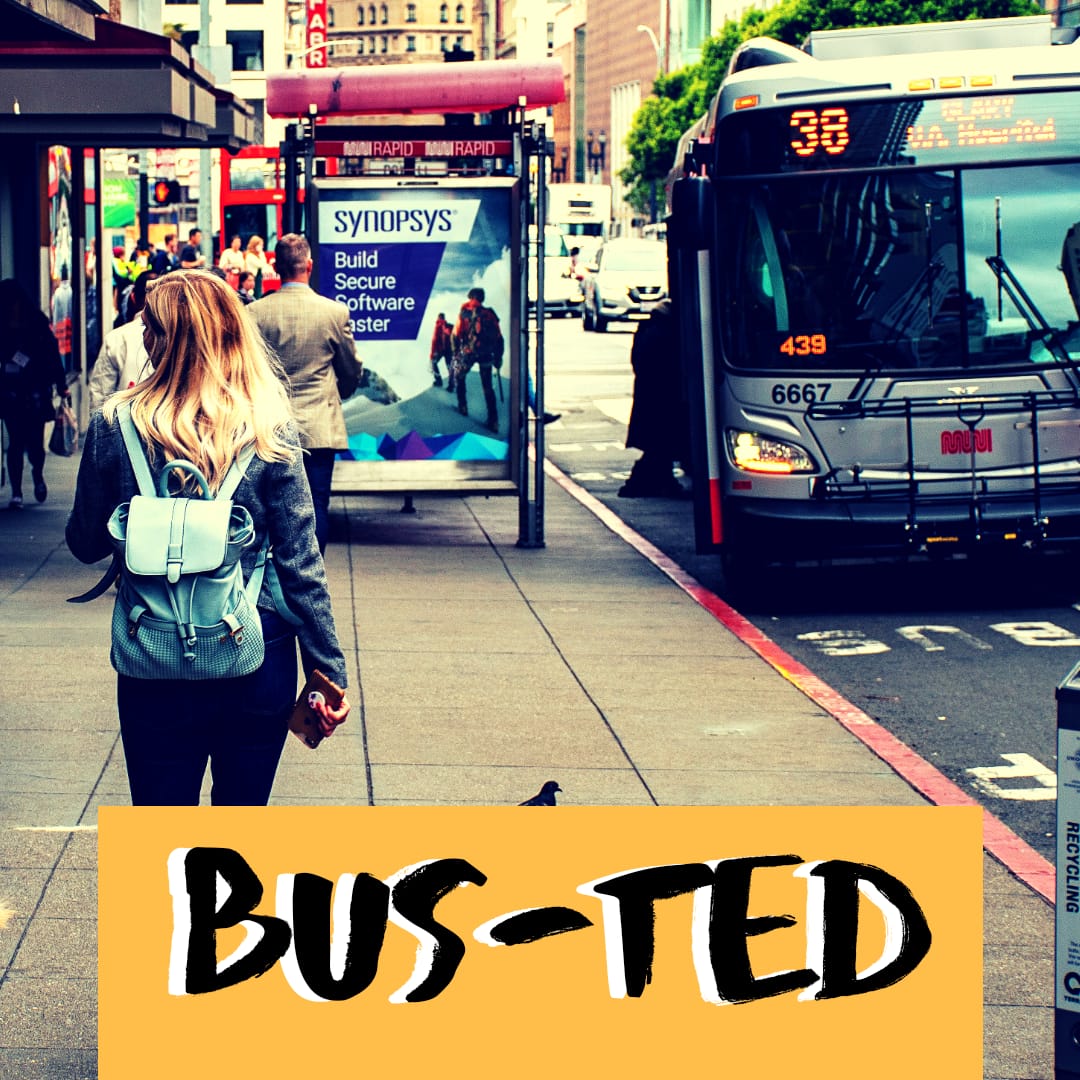 Mashiach must be around the corner.

The Talmud (Sotah 49) tells us that בעקבות משיחא חוצפא יסגא, that in the time of Mashiach, Chutzpa, or insolence, will rise up. In that time  נערים פני זקנים ילבינו, the young will humiliate the old. Now I've seen this teaching before, but never has it resonated with me as much as this week.

On Tuesday, police in Nevada issued a warrant to arrest a murderer. It all started on a bus.
Cadesha Bishop, 25, was riding on a bus in Nevada in March when she started arguing with passengers on the bus. The confrontation got more and more heated as Cadesha started cursing at people on the bus. An older man, Serge Fournier, 74, approached Cadesha and told her to "be nicer to the passengers". In shocking video footage released by police, you can see Cadesha speaking to the older man until the bus stops and the exit doors open. With both hands she shoved Serge off the bus, and he landed face down on the sidewalk on top of his collapsed shopping cart.

The arrest warrant states that he "was pushed with enough force that he never touched any of the steps, [He] went directly from the bus aisle platform to the concrete sidewalk. His head landed approximately eight feet from the bus doorway." Although he refused medical attention at the scene, Fournier arrived at the University Medical Center later that evening, police said. On May 3, his family notified detectives of his death, at which point authorities ruled it a homicide.

In the most bitter twist of irony, Cadesha was recognized by a "Love" emblem on her jacket and the Spider-Man knapsack her son was carrying. The young child was also allegedly present during the violent altercation.

The Spider-Man I remember would have loved helping older people off the bus. Just not quite in this way...

How can one wear "Love" on their sleeve and buy backpacks for their kids with heroes on them, and still be capable of shoving someone to their death with their very own hands? And to boot, do such a thing before your own child's eyes?

The Torah tells us, "Lo Tehiyeh Kedesha Mbenot Yisrael", which literally means that there shouldn't be harlots amongst Jewish women. I can't help but notice that phonetically it is also saying there shall be no Cadeshas amongst our people. There must be no room for that kind of attitude or behavior in the Jewish religion or practice.

Do you know how the arm that says "Love" could be the same arm that pushes a person to his death?

This happens when knowledge, care, and sensitivity is only skin deep. When Never Again is just something we say. When the idea that all human beings are created Btzelem Elokim, in the Image of God, is just a teaching, not a reality with which you live. Then it becomes something you wear on your sleeve.

Our Perasha shares with us that a Kohen cannot come into contact with the dead. Not only can he not touch the body, he isn't even allowed to be under the same roof. This is because a Kohen is meant to symbolize living life, making the good and often tough choices, fixing mistakes, and achieving forward movement each and every day. He is supposed to be the polar opposite of inanimate death, not just in theory, but in practice. So death has no place in his life.

When we express our goals and values, and talk about doing the right thing, is it just talk? Or do we practice what we preach and teach? If we talk about how much we hate a gossip, do we push Lashon Hara out of our lives? If we speak about how spoiled kids are today, are we reigning in what we give them in our own homes and teaching them resposibility, or are we going the easy route?

This is a serious issue. As of this week, I can confidently say it might just be a matter of life and death.